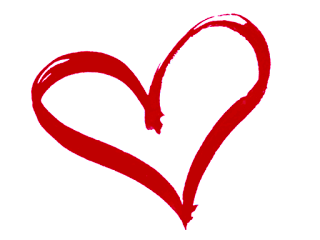 Jett had his AV repaired as well as the valves when he was almost 6 months old. We went to the All Children's Hospital in St. Petersburg, FL. They did a fabulous job and the stay there (7 days) was as pleasant as it could be, under the circumstances.

My advice would be first, to get your baby as healthy as possible and to keep him from getting sick beforehand. Hopefully, you have more than the four weeks that we had in order to prepare for surgery. To prevent sickness, get him on AIR tea. (You can get this from your local TCM [Traditional Chinese Medicine] practitioner $45-65 or amazon $16. The website is sjbherbs.com.) Also get cranial sacral work to open his nasal and ear canals from a osteopath, chiropractor or very good massage therapist. Look into starting a multivitamin, just to cover as many bases as possible, Coconut Oil because it, too covers many issues and Longvida Curcumin for its heart supporting and many, many other benefits.

Get the flora in his stomach in good order since he'll be getting antibiotics at the hospital, which destroy the good bacteria along with the bad. Probiotics and or fermented foods such as coconut keifer work well. A good way to sneak in fermented foods for an older baby is through fermented ketchup or vegetables. Avoiding white foods such as sugar, flour and starch will help ward off the bad bacteria as well. Don't be alarmed if he has diarrhea when he first gets home from surgery because of the antibiotics.

They will give a lot of medicines in small, needle-less syringes so I would get him used to taking them now, when it's not imperative that he takes it. Jett thinks its fun--all these different flavors to try. If you squirt it on the side of his mouth, it'll miss some of the taste buds. Before you give him anything, take a deep breath and smile. It's impossible to give it to a baby who refuses to cooperate, so you want to be as calm and positive as possible! You can get needle-less syringes for free from some pharmacies, otherwise you can buy them at CVS or Walgreens.

This is kind of weird, but since in the hospital, the baby is in a tall bed in the middle of the room with all this beeping noises and activity and lights, you can play "hospital sounds" to him during the day when he takes a nap so he can get used to sleeping with those sounds. And so they don't scare him. Also, if you move his changing table or crib in the middle of the living room (or busy area) he can get used to all the activity. (Of course you can do this closer to the surgery date.) Jett loves bright lights and meeting new people, but he did have difficulty sleeping and the beeping was very distracting.

Also, Jett was allergic to the hospital linens and I had happened to bring my laundry detergent so I was able to give them clean linens everyday. So I'd say to pack linens & your detergent just in case!

Bring some music he likes to listen to. It'll help calm him. Bring his favorite toys, blankets, books, etc. Things that he can do calmly.

If you don't massage him on a regular basis, I would start now. Jett was used to me handling him so it didn't bother him so much when the nurses had to stick electrodes on him and move monitors from one toe to the other, etc. Doing the exercises in such books as Yoga for the Special Child will also get him used to people moving him around in strange positions. You do it with him first, then your spouse and then someone like a neighbor or someone he's not too used to.

The blood pressure cuff was what Jett hated the most. Maybe you could try to take his blood pressure from time to time so he's used to the constriction on his arms and legs? It's very important that they get a good blood pressure reading and if he's stressed, it messes with the results.

Jett was used to me singing to him so that was super helpful in calming him and distracting him especially when they took blood, blood pressure and inserted the IV. So, I'd pick at least three songs to sing to him when he's feeling calm and happy so he can have positive associations to you singing those songs during times of stress. I swear that, when I sang, he was an angel during the longest blood draw right before surgery.

Make sure that you are taken care of, especially if you're breastfeeding. You need to eat and sleep or you can't be 100% for him when he wakes up. You be there for your baby, but you need someone to be there for you! Try to delegate the duty of making sure you are fed (with healthy food) three times a day to someone else, if possible. That alone would be a big help since you may not want to leave your child's side unless he's asleep--or even if he is asleep since he may wake up and you're not there! (That's just me, though!)

If he takes ginkgo or anything herbal with licorice in it for instance, make sure you stop taking it a week before surgery and a week after (ask to be sure). Omega-3s, such as fish and flax seed oil, are also blood thinners.  (See Medications: Alternatives & What to Avoid for details.)

If he's on vitamins, I would keep giving it up until the last minute. Surgery is super stressful to the body, he needs as much nutritional support as possible. And, after surgery, I would pressure the nurses about continuing his vitamins (I should say to let them know how important the vitamins are to your child). At the very least, make sure he's getting antioxidants.

If you can possibly get him some B12 shots before surgery, that will help him because anesthesia depletes the body of the very necessary B12.

Don't be alarmed when he comes out of surgery and doesn't really know you or act himself for a couple of days. It takes a while for all the medications to wear off. He'll eventually get back to normal.

Jett was very happy and energetic right before we left the hospital and then got really crabby the first week back home. This is because he was still on some pain meds in the hospital and feeling really good. At home, he started to feel more uncomfortable.

It took Jett a bit to get back to his normal self. Before surgery, he was on time with all his milestones: he was rolling over and ready to move forward, but I think it took him a month to get all of his physical skills back. Tummy time was painful for him at first. He did seem to be in pain the first week back.

No one had mentioned to me about pain pills so I never gave him any. At his post surgery check up, the cardio said, "Don't be stingy with his pain meds!" I was embarrassed to tell her I didn't have any pain meds, but he wasn't in pain by then anymore. So be sure to ask!

As far as breastfeeding goes, there will be some time when you won't be able to so see if the hospital has breast pumps available or bring yours just in case. Bring your baby's favorite bottle as well since he may not be able to breastfeed at first. If you pump your milk and have to store it at the hospital's milk bank, make sure you ask if you can take it home with you or donate it to a needy mom/baby.

Also, take notes, especially when the nurses and doctors are going through the discharge instructions. There's a lot to remember!

You may want to go over the new CPR instructions for a baby before you go. That way, if they show you, you can have a good basic knowledge so you can ask more intelligent questions and be able to pay better attention instead of it being the first time you've heard it.

Bring some clothes that snap all the way open so you can put it backwards on your baby. That way it can just lay over all the wires and bandages without having to pull it over his head or anything. This allows for easy access and prevents your baby from ripping out wires, etc.

There's controversy about whether or not you set your baby face down after surgery. I did, and he does have a "bump" under his scar rather than it being smooth. Some advise no tummy time for 4-6 weeks after. No one told me that the bump may happen or would be related, but a friend of mine's doctor did tell her this. My cardiologist said that it sometimes happens and that it doesn't cause any problems even though doesn't go away unless he has to have other surgery later and they can shave the bone down.

Also make sure that, if you do lay him face down soon after surgery, that his clothes have nothing on the front of them: no stitching, buttons, snaps, etc. so it won't rub against his wound.

Before surgery conversations to have with the hospital staff

The thymus... Did you know that it is common practice for surgeons to take all or part of your child's thymus out during heart surgery? The thymus is important for your child's immunity and it would be nice to keep as much of it as possible. Talk with the staff to let them know that you are interested in persevering as much of the thymus as possible. In our kids, the thymus doesn't seem to work optimally anyway, but it can't work at all if it's not there!

If your child is only having an ASD needing repair or even valve work, you can seek out a surgeon who does an incision through the ribcage instead of sternum. This is good for a number of reason, including preservation of the thymus.

Ask what sorts of anesthesia will be used and what options there are. Read Medications: Alternatives & What to Avoid to find out what types should be avoided for our population.

Scar care
I put Schmoove lotion by Si Jin Bao on Jett's scar three times a day and it looks pretty good. (I'll have to take a picture.)

I recommend this book called Down Syndrome: What You CAN Do
You can get it right now, as a download for only $5. It has over 500 pages of great information and a very easy to understand section about the heart and DS.
http://stores.lulu.com/gotdownsyndrome

Related Posts
The Heart & Down Syndrome
Pulmonary Hypertension
Medications: Alternatives & What to Avoid
Parent's Resources for Guidance on Down Syndrome
How to Find A Quality Physician
Getting Organized: A Medical Notebook
Protecting Your Child's Hearing
Posted by Andi Durkin at 1:12 PM

hi andi!
just wanted to write a note here about thymus removal during open heart surgery. we found out too late to ask our surgeon to retain as much of win's thymus as he could (luckily though, a little was left). i thought it would be helpful for other parents to know about this, and to have the opportunity to talk to their surgeons pre-op. try and keep the thymus!!

thanks for all you do, andi--you are so appreciated!!