Recipe for Success: How to Get Your Child to Feed Supplements to Himself!

Finally, a way to give supplements without a struggle! This is also how your child can get his supplements at school. Jett takes his morning dose of vitamins, herbs and minerals mixed in his applesauce or a mashed banana while he watches one or two 3-4 minute educational videos from Brain Pop, Jr. But I also put in 4-5 "party balls" in his lunch with about six supplements and he always eats them. I also brew him some holy basil or rooibos tea (with apple cider vinegar and probiotics-- I know, yum!) and put it in his straw cup that he brings to school.

The video is of Oliver, Jett's 25 month old brother who has cerebral palsy, feeding himself his supplements. I did make too many (11) so he ate 3-4 at the first sitting and 4 at the next and then the rest a couple of hours later. But that's okay because he's still getting them! Since then, I've been adding much less nut butter and making only about 4-5 "party balls" so he eats them all by noon.


And here's Jett's (5 years old) review of them while doing a little math. (I swear, HE started the math -- I was just following his lead.) :)

They are a gluten and casein free, nutrient-dense treat.

Ingredients
You can purchase all the ingredients here.

Stevia (plus one of the others)
Manuka honey
Maple syrup 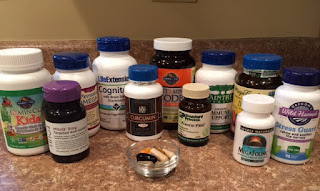 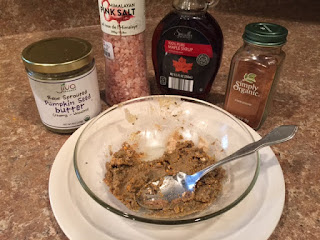 2) Add a nut butter to the supplements with a bit of cinnamon and stir until well blended. Taste. Then add a tiny bit of salt (helps with bitter flavors), a drop of stevia and a bit of maple syrup (helps with sour flavors) until you think your child will like it. The first time you make it, I'd err on the side of a little too sweet just so that he'll like it. Then once he already thinks of it as good, then the next time you can make it less sweet.


Notes: It seems that the less the mix contains synthetic ingredients, the easier it is for their palates to tolerate. When I buy the raw sprouted pumpkin seed butter, I try to buy it without added sweeteners or salt so I can add my own. When I first open the jar, I stir in some pink Himalayan sea salt (more nutritious than processed salt) and maple syrup if absolutely necessary. I would use manuka honey instead of maple syrup, but both Jett and Oliver muscle test negatively for honey at the moment. 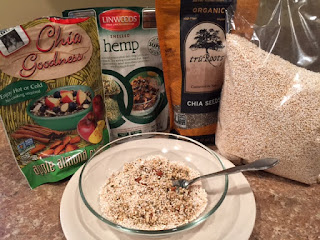 3) Get some nutrient-packed goodies and put them in a bowl and stir. Pictured: Chia Goodness cereal, shelled hemp seeds, chia seeds and puffed amaranth. I also add coconut flakes and finely chopped goji berries or gooseberries. 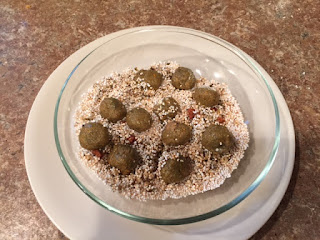 4) Roll the nut butter/supplement mix into balls and put in the goody mix.
Note: Now, I smush the balls into the mix first so that the goodies are incorporated throughout the nut butter then I roll into a ball. I add more puffed
amaranth to coat the outside. 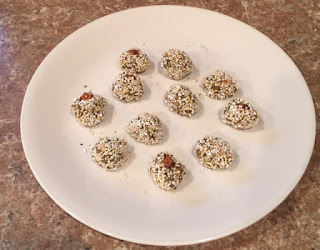 5) Coat with goodies and give to your little one for a healthy treat that he can feed himself and you can feel really good about!


Note: If there's any extra goodies left over that I didn't use, I put in a wax paper baggie and use for the next day.

Supplementing: How to Start

Awesome idea - thanks! I give my girls their morning supplements in a smoothie made of a bit of applesauce to blend the powders, homemade chicken broth, greens, and frozen berries (it is as gross as it sounds, but I haven't told them that lol and they drink it down like it's a milkshake). I put my son's in applesauce because he won't drink smoothies ;)

Quick question - where do you buy your sprouted pumpkin seed butter that is pictured?

Hey Michelle,
I get the sprouted pumpkin seed nut butter from amazon. (Super nutritious!) If you click the link to the right: "Shop at Amazon.com to support this blog!", it'll take you to amazon and I will get a percentage at no additional cost to you.