Here's a link to a news story that was done on Mac Austin, a six year old with T21 who is on the Changing Minds Foundation treatment suggestion:
More about Mac Austin: 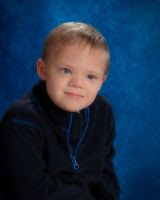 Meet six year old Mac Austin. His mother, Lexy, found out about the Changing Minds Foundation treatment plan from a Google search. Her interest lead her to the CMF conference which she attended last July with her mother. Bursting with lots of new information, they were both very excited to get back home and start Mac on the protocol. They have seen some major changes in him and are excited to share this information with the DS community.

According to Lexy, Mac went from using one word to communicate before the protocol, to using three and four word sentences. Mac is keeping up with his first grade classmates in learning his spelling words -- six words a week! Last year it took him two weeks to learn one sight word!! 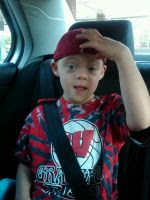 He is acknowledging when people speak and saying, "Hi!" in response. He's also asking questions and initiating conversation.

"He is engaged now, has better eye contact, he is just here with us!" says his mom. He is playing and interacting with his friends at school, a skill he used to have and lost during his regression over the last two years.

Mac can dress and undress himself, which he could not do before the protocol.

His language continues to improve. He is saying words and phrases that he has never said before like:

"How about that one?"

Video of Mac reading a book.